On average, a car spends 95% of its time parked. Parking has defined our city planning (just look at LA’s official parking minimums) and resulted in a city dominated by idle vehicles. With the advent of autonomous vehicles, the demand for parking will drop dramatically, so I tried to identify how we could utilize these spaces in an autonomous future.

Los Angeles is a concrete jungle. Acre-wide concrete highways stretch to asphalt side streets that hug concrete curbsides and paved sidewalks enveloping concrete buildings. This pattern repeats endlessly in a city that epitomizes urban sprawl. Most prevalent are the expanses of land that have been hollowed out of the city to make space for parking lots. Walking through various cores of the city, I can’t help but feel the concrete lots sucking the life out of the city.

A simple investigation led to eye-opening results on the sheer number of parking spaces in this city. Here is a visualization of my research that confirms the “hollowing out” effect, and note that this doesn’t even include the large percentage of rooftop parking or buildings where the first few floors are solely parking lots.

These spaces represent a blue ocean of opportunities once they open up. Instead of filling these spaces with new buildings, however, I considered how we could harness these spaces to facilitate a true societal transformation.

My proposal harkened back to Ebenezer Howard’s Garden City. 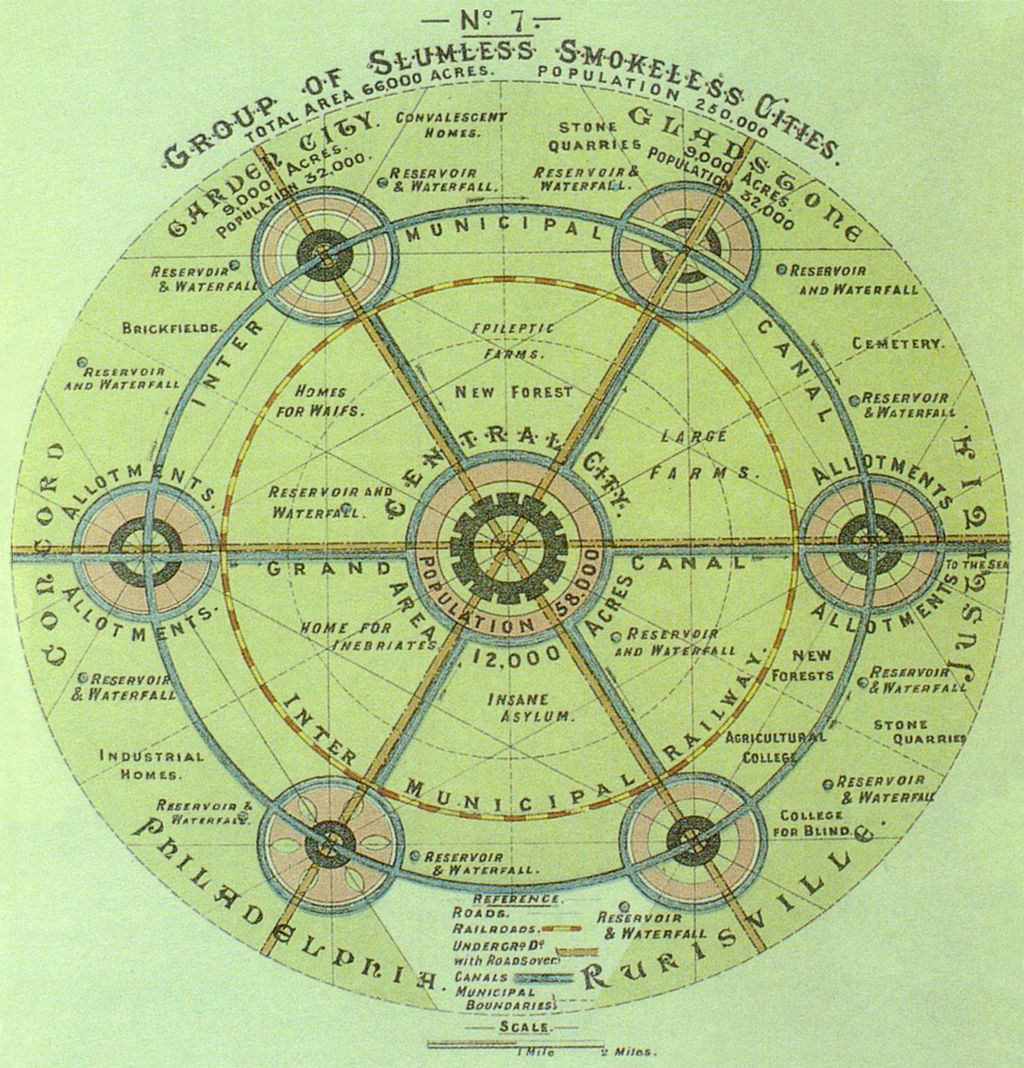 LA city planners in the early 1900s referenced the Garden City as a cornerstone to making a perfect city for Los Angelenos. Howard’s vision banked on a decentralized city that could combat sprawl; more importantly, the plans reflected a vision where the city was one with nature. This goal never came to fruition, and we were left with a city where nature is barely an artificial afterthought. Just look at plans to revitalize Korea town by installing fake vegetation and painting the sidewalks green (instead of maybe just planting grass?!).

The proposal I created incorporated this vision of a decentralized garden city, while also creating a platform for transit-oriented development.

A series of mobility hubs around the city that are also parks designed to improve city life.

With pick-up and drop off spaces for ride sharing (solving the current issue where these services interrupt traffic), docks for bikes and scooters, bus stops, and perhaps even metro stations, these spots could become a terminus for all modes of transport, and a web of mobility hubs around LA. Furthermore, each hub could become a destination in itself with a park unique to its region of the city. Envision a Hollywood themed park or an Arts District park. Activating the local community in the design process, these spaces could become a place for facilitating closer communities.

I additionally envisioned how this might work with multi-level parking. In this case, I designed to accommodate the future need of autonomous fleet management.

I also identified key existing parking lot locations around LA that were connected to some form of current or planned metro mobility platform. To connect these hubs with a plethora of transportation opportunities would bring the city together within a web of connected mobility.

To convey the potential for a cohesive network of transportation modes, I played around with a common design framework that is scalable to multiple mobility options. The connected web theme can apply to various branding and artwork tied to public transport. This design language can also provide a distinctive visual cue to travelers.

Overall, as parking minimums become obsolete, we need to ask ourselves what we will do with all this new space. Maybe a vision of Ebenezer Howard’s Garden City could even finally see the light of day.